WITH NUTS AND HONEY

Apple season must be over… That’s what occurs to me when it gets impossible to find sturdy, crunchy apples, with plenty of juice and aroma. The market and grocery store counters are, of course, filled with all kinds of apples, but when I taste them, I think “never mind…”

It makes sense, though, considering that apples are collected in August and September and are then preserved refrigerated. And now it’s March. Even “controlled refrigeration” apples – I just heard of that term from a farmer at the market – which are considered juicy and crunchy, have lost most of their shiny qualities. So, in an effort to find crunchy apples, I bought some from the supermarket, the grocery store and the local market, but without success. Which left me with many, many apples that we wouldn’t eat.

Therefore, it was time for an apple pie…

This is such a special apple pie! It’s something between a pecan pie and an apple pie. It’s made without flour and it needs a good battering of the eggs and sugar, which, along with the crackers and the grated nuts, form a very light sponge, with a special texture. Over the years I’ve made and tasted many versions of apple pie, but usually I find the dough to be too heavy or chewy, especially the next day. But I think this mix right here is just perfect.

Apple pie has all the classic aroma of cinnamon and carnation, and just an interesting hit of salt on apples. Don’t forget about the salt, as it brings out the taste of the dessert!

However, if you choose the version of honey poured on a freshly baked apple pie, you’ll be shocked by the fine aroma and the sweet aftertaste that no type of sugar, of any variety, can give you.

INSTRUCTIONS
Preheat your oven at 180 degrees.

Pour the eggs, sugar and vanilla in a mixer and batter with a medium to high speed for 10 minutes, until the mix becomes creamy and very fluffy. If you don’t have a mixer with an attached base to do the hard work, you’ll need the company and help of someone else. 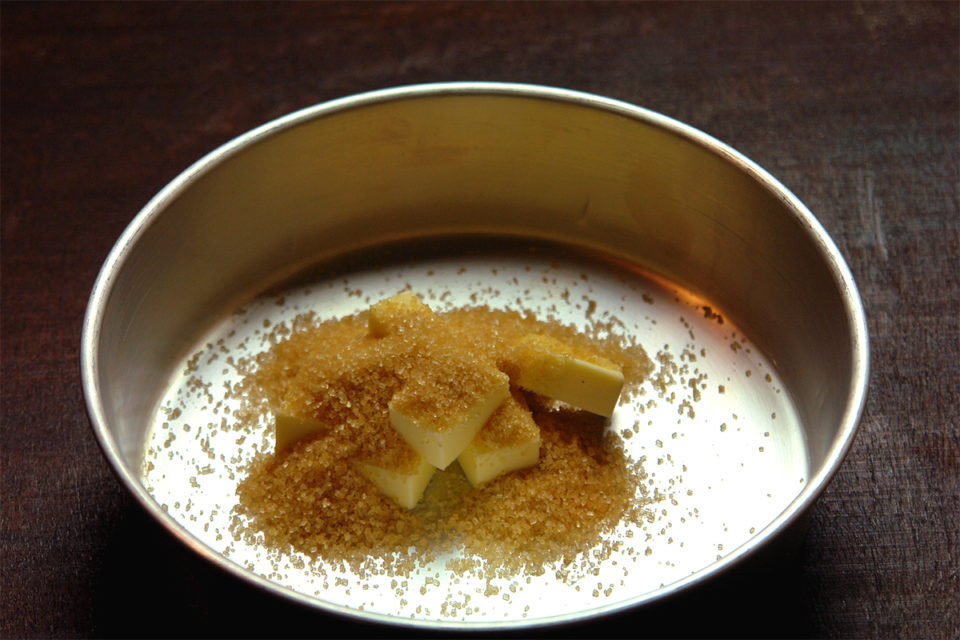 In the pan, place the butter in pieces, the brown sugar and the salt, and put it in the oven for 5-6 minutes, so the ingredients melt completely.

Peel the apples and cut them in 1cm-thick slices. Put them aside and don’t worry if they get a little darker, after baking you’ll hardly notice it.

Now take some time to prepare the egg and sugar mix. Add the crackers, the grated nuts, the cinnamon, the carnation and the baking powder and keep battering for a couple more minutes.

Meanwhile, the butter and sugar mix will be ready, so take it out of the oven and carefully – as it’s still hot – place the apple slices, one next to the other.

Over the apples, pour the mix you made and bake for 30 to 35 minutes.

Just in case, perform the trusted test of shoving a knife in the sponge. The test doesn’t lie, if the knife comes out clean the dessert is ready; if not, bake for a few more minutes. 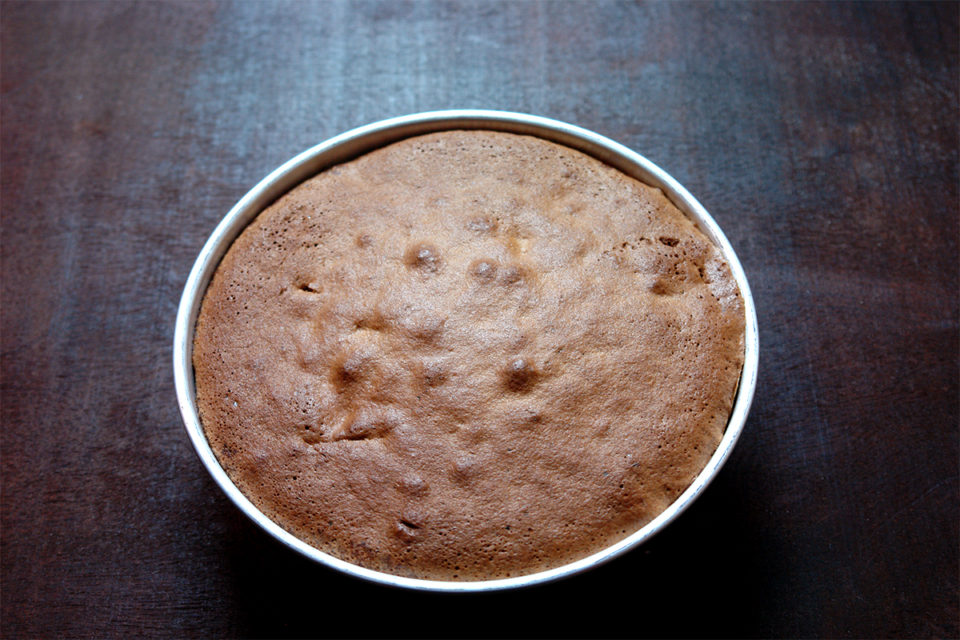 When taking the pan out of the oven, give it some time to settle before getting the pie out – no more than 3 or 4 minutes. Cover the pan with a tray or a serving plate and turn it upside down. Make careful movements, as it’s a fluffy pie that is easy to crumble.

Immediately, while the apple pie is still hot, pour the honey over it. The dessert’s temperature will melt it and when it gets cold a “film“ crust will form, which will make it even tastier, not to mention shinier! 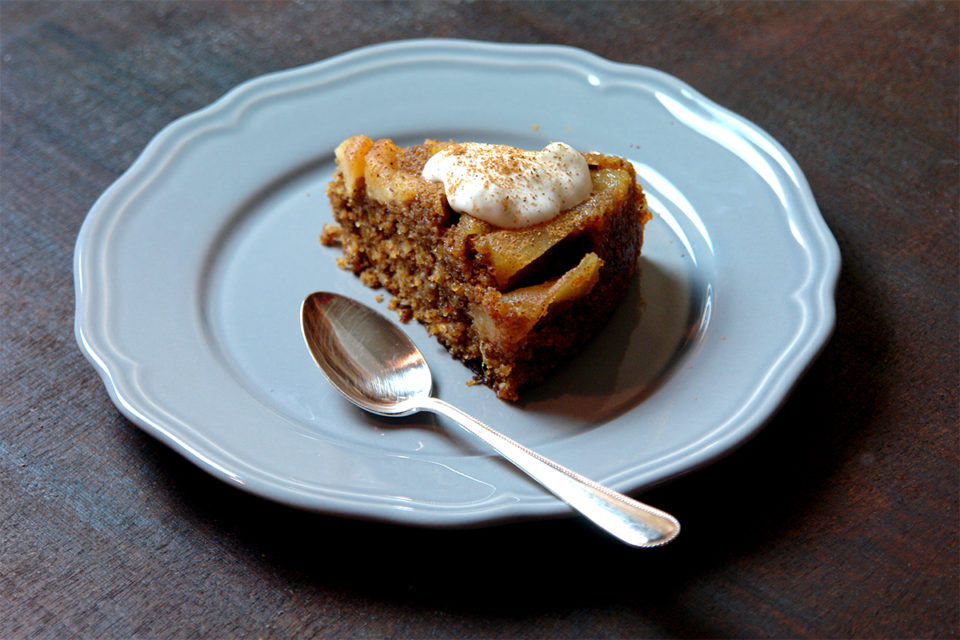 Pour a tablespoon of whipping cream on every slice when serving it, focus on its sauciness and forget all about calories…

HOMEMADE IS WHERE IT’S AT…